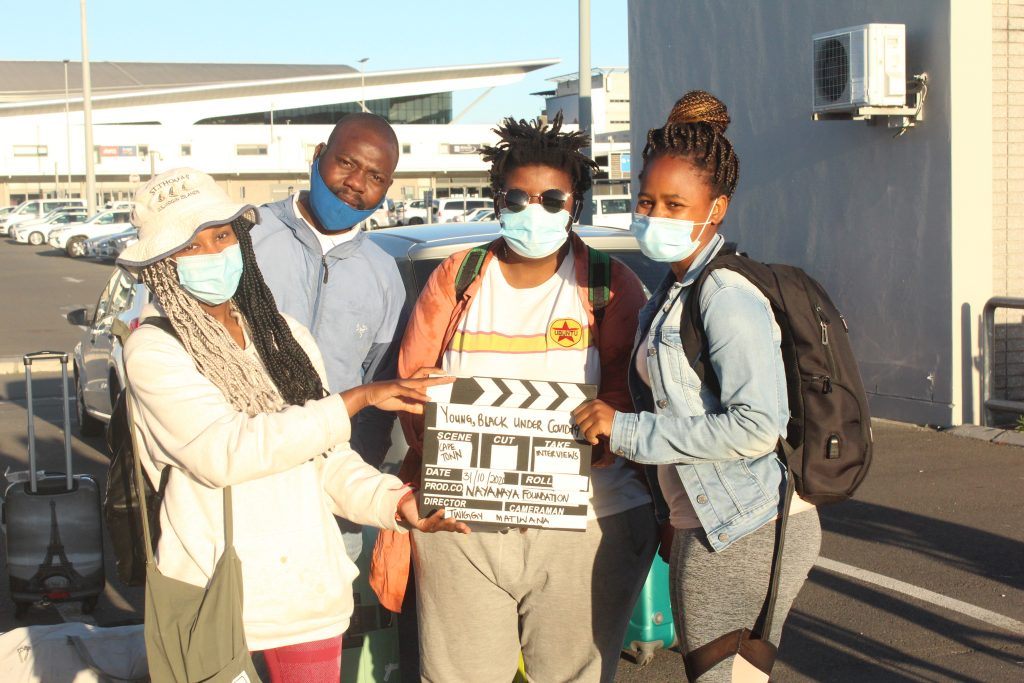 Our very last day on set was one consumed by both relief as well as sentimentality. We were to do our last round of interviews with the people of SWEAT. In fact, the interviews were to take place at SWEAT.

We got the opportunity to interview a trans woman named Gulam Petersen, who walked us through what life is like as a trans female sex worker who feels as though her medical transition is nothing she is in a rush for. After being in a long term relationship, she gained a new perception of herself, and came to accept the presentation of her femininity, while ignoring the psychologically damaging expectations that society has of the narrow minded ‘two genders’ they have decided exist. It seems as though queer people are able to find a lot of happiness resides in spaces where they aren’t forced to comply with the social convention.

However, society has a funny way of forcing all people to behave or present themselves in a particular in order to have what they call “balance”, but the peacefully unconventional call oppression.

We were lastly given the opportunity to interview the spokes person of SWEAT, Dudu.

I hadn’t really decided on how to describe her character until that day. She hadn’t really exposed herself enough during our first encounter. However when we finally got a chance to sit in her office with her, she opened up on the most beautiful way, I’m the sense that she had a lotus effect on us. Her appearance has a firm beauty as compared to the softness of many other flowers. As she blossoms you are given an opportunity to see what is being protected on the inside and why it requires guarding.

After being arrested twice in one night while on the job in her younger days, she was fueled by anger in order to change the way she and other sex workers where being treated by law enforcement as well as the general public. The male mentality in South Africa has managed to directly affect the livelihoods of women that resort to sex work as a source of income.

Once we arrived at the airport, it dawned on us that our journey had come to an end… Almost. We handed over our trusted 5-Seater to the car rental company, boarded our plane, and got back to Joburg in the late hours of the night.

We parted ways that day having made a mark on each other. Spending an entire two months with a set of brand new people can be a life changing experience. I felt as though my path had become clearer after being on a set, and being exposed to new characters who are well versed in the many outcomes of life, has somewhat prepared me for what ahead career wise, and in terms of family, love, and self-actualisation. In the beginning of this narrative, I mention I was seeking some kind of self-discovery. However, now I understand that discovery of the self is perpetual. The moment you ‘find’ yourself, that version of yourself becomes outdated, because of our natural incline to growth and perceptive advancement.